I recently obtained the following photographs of Medyka Station during the German occupation of Poland. They came from an  album  of a German soldier who was occupying the area eighty years ago. They were all taken from July to September 1941 (as marked on the reverse) The quality of the prints are far from perfect, but I have tried to enhance them. I have obtained several more photos that will be added here soon.

I was very pleasantly surprised when one of my neighbours told me that his late Father Jozef Chudzio who worked at Medyka Station appeared in one of the photographs on this page. The photo shows the station staff being evacuated to Żurawica following bomb damage to Medyka Station in September 1941. Żurawica was and still is a major railway marshalling yard. 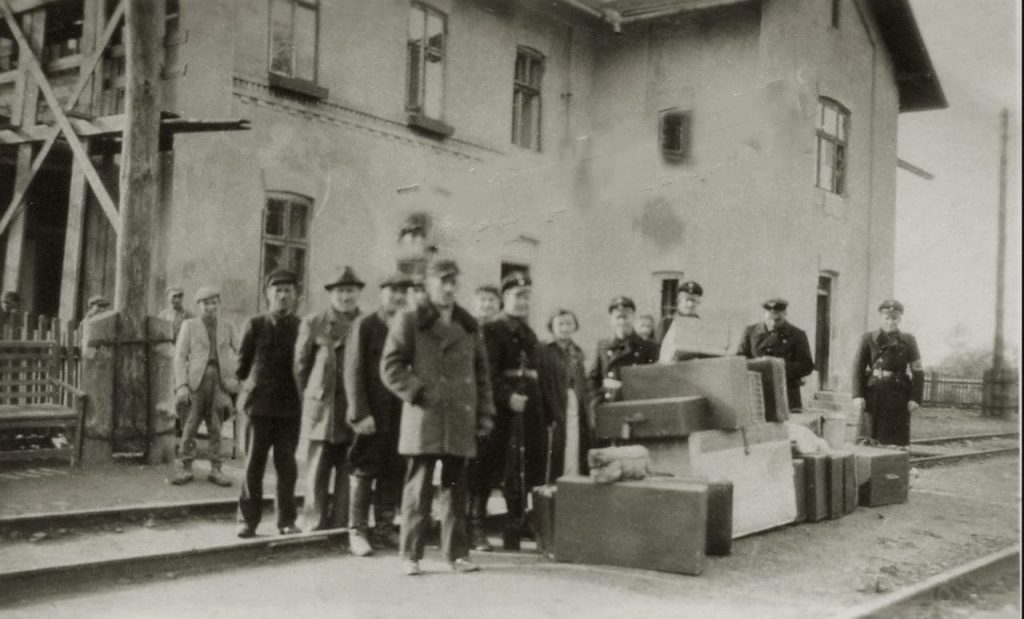 The Police officers who appear in the photo are Ukrainians  who were working in Medyka under the directions of the German occupation.

I would be very interested to know if anyone else can identify any of the other photos. Józef Chudzio was born in 1901 and died in 1966 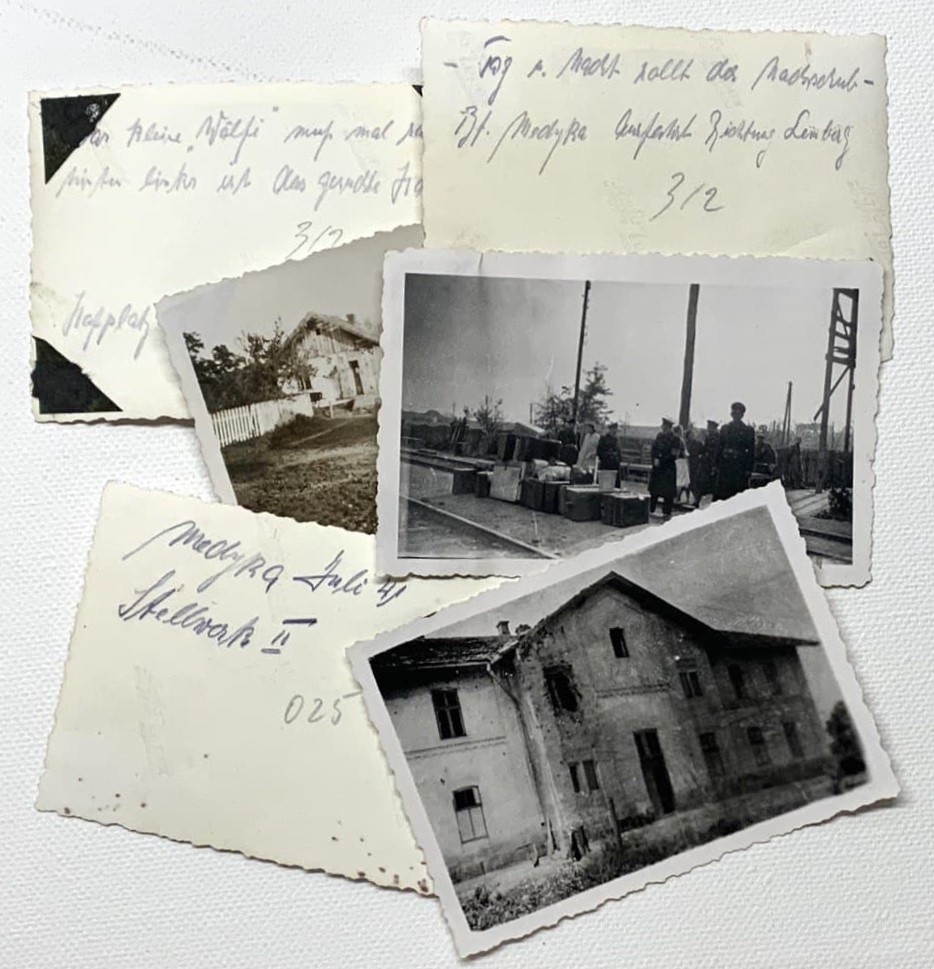 A few of the original photos used on this page,most have details handwritten on the back 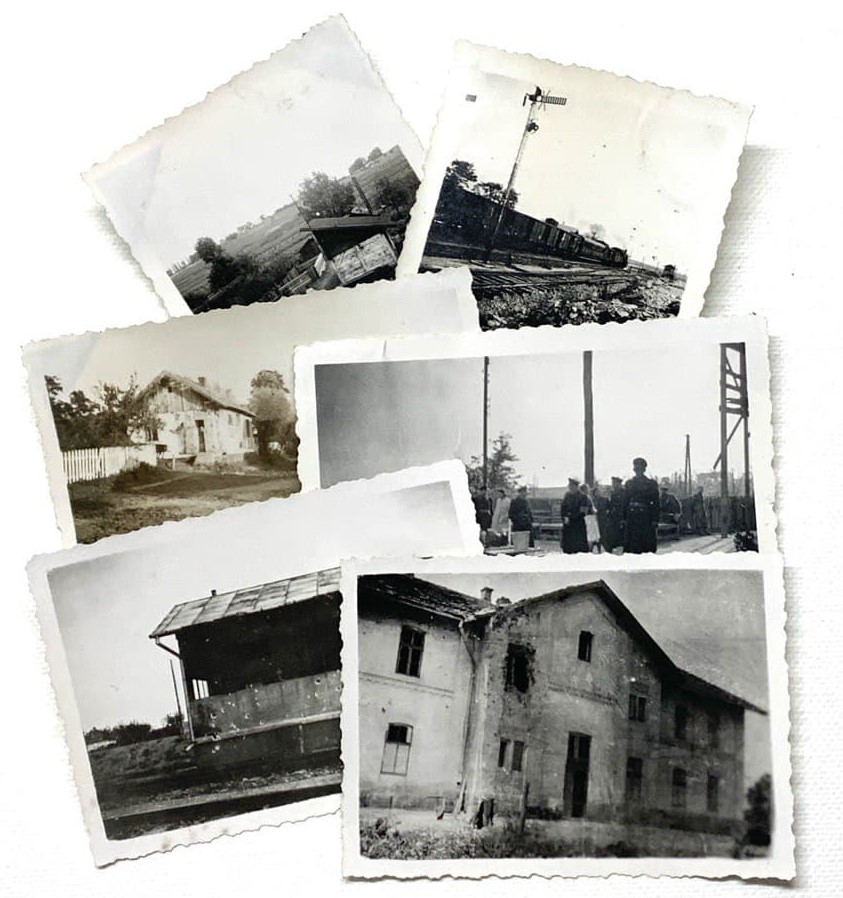 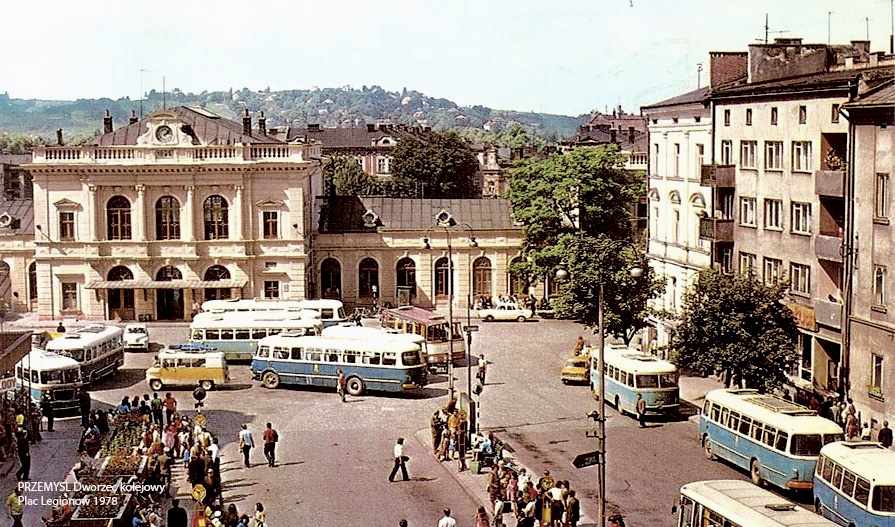 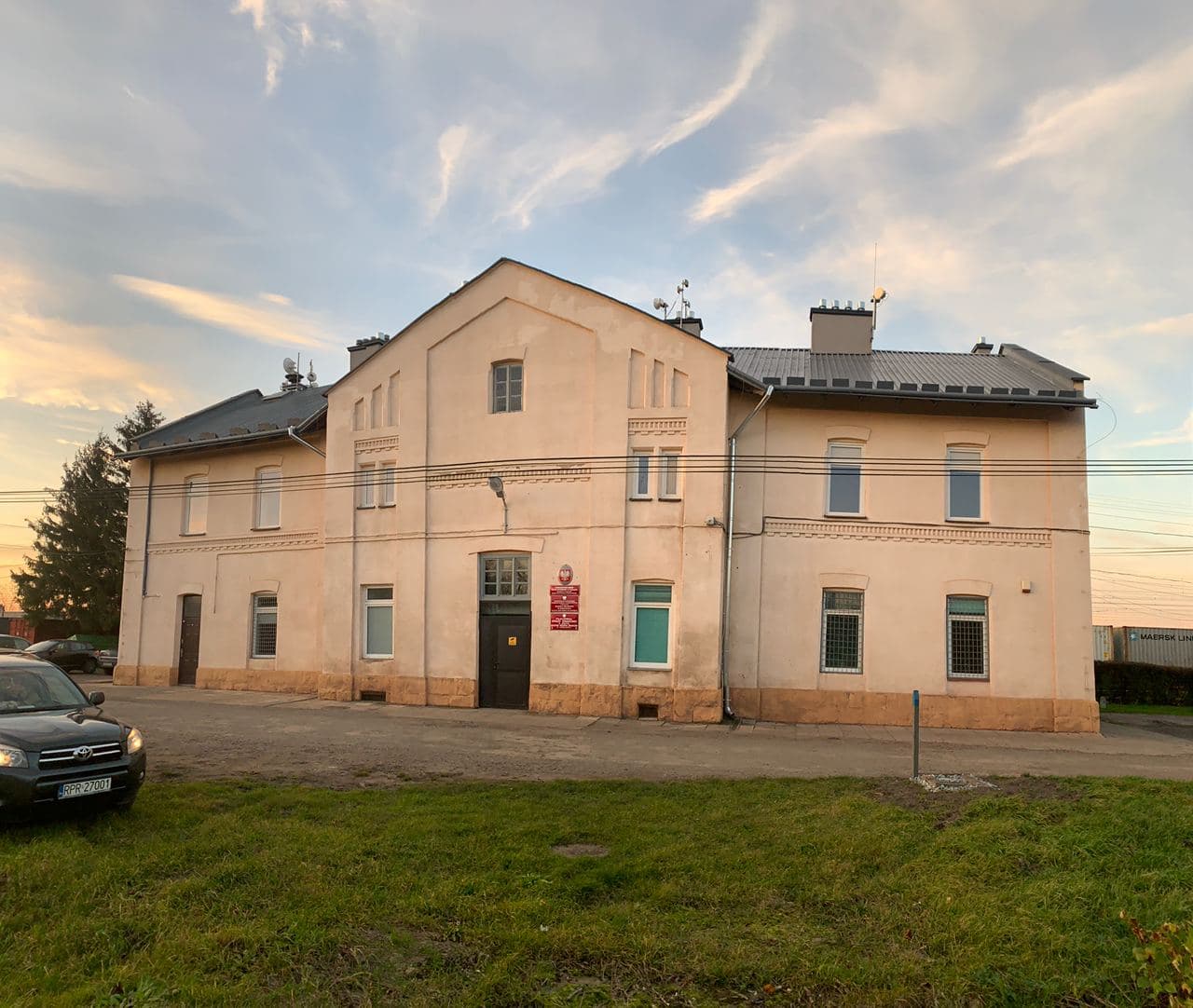 Then and now, Medyka Station in November 2020 and September 1941 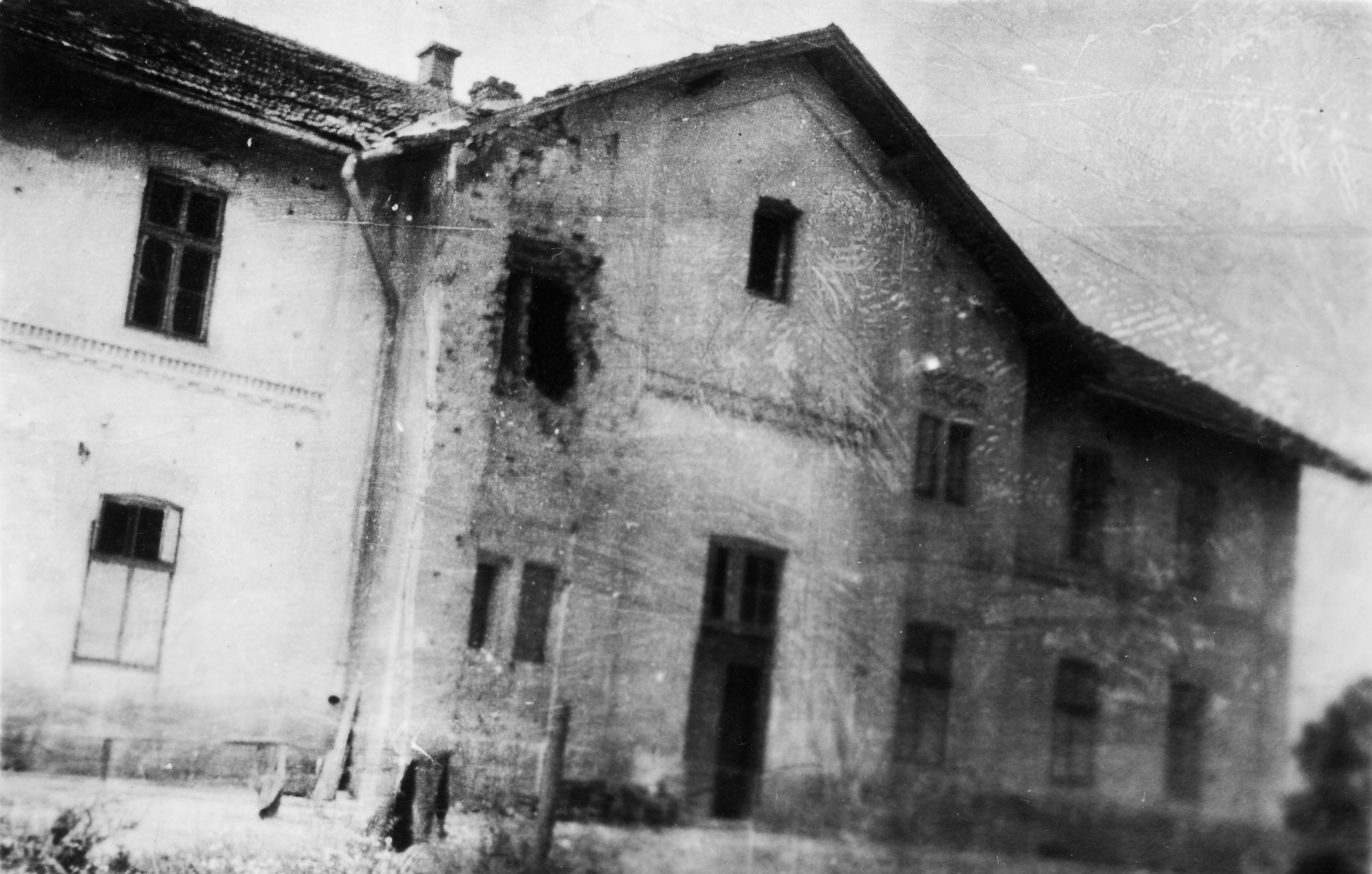 Medyka Station in September 1941 showing shell damage. The angle is as the original photo 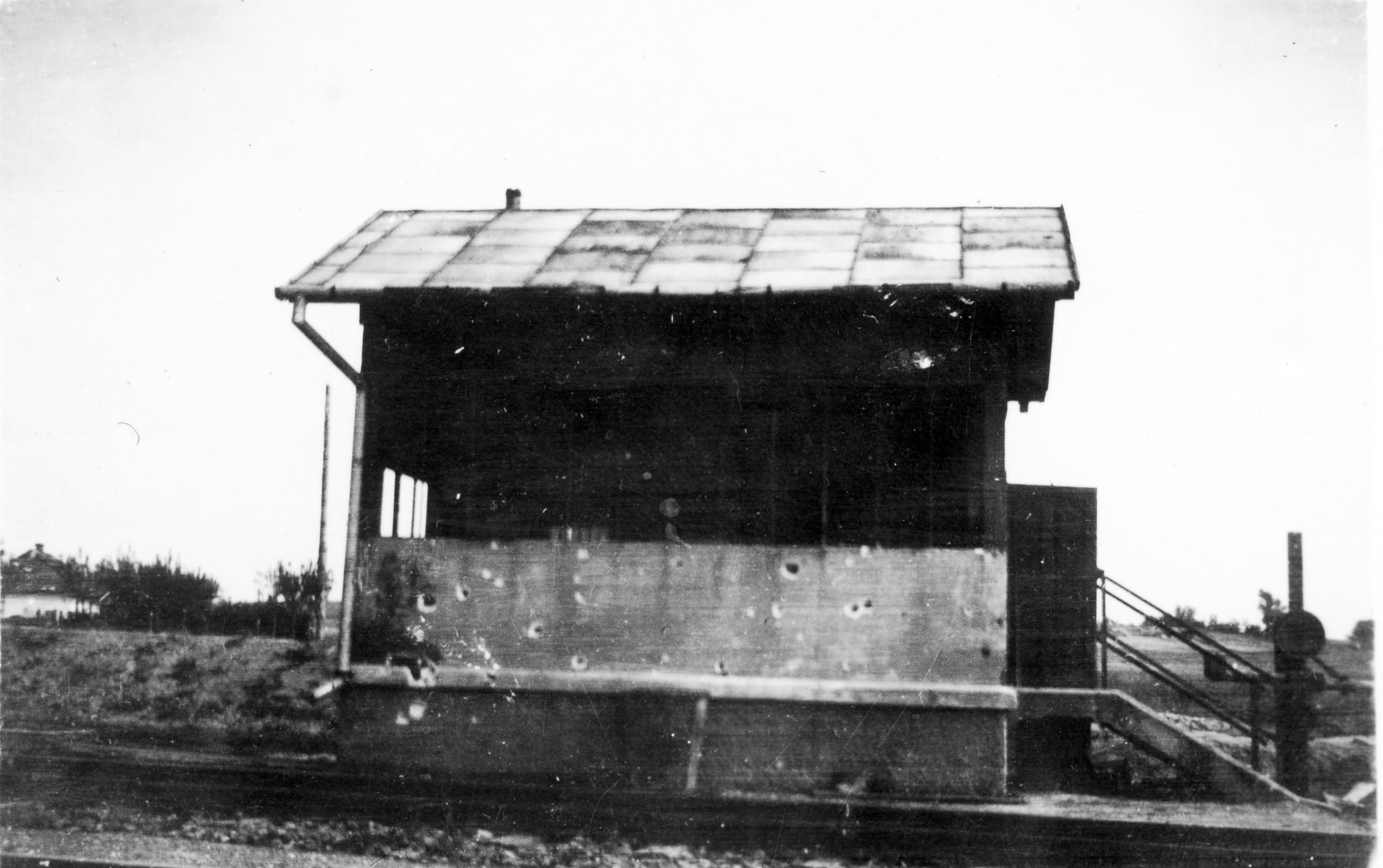 The badly Damaged Signal box at Medyka Station. The caption on the photo reads: Medyka Signal Box 2 and shows the date as July 4th 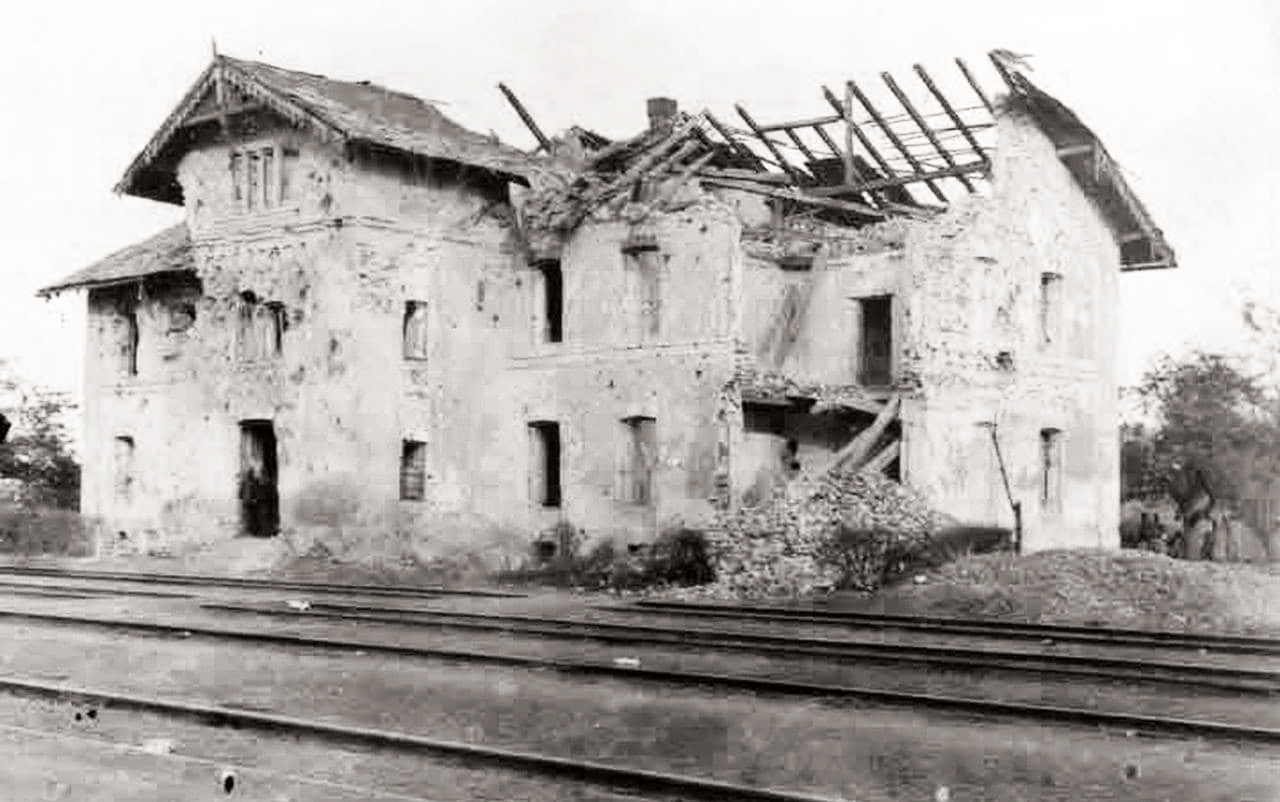 The second World War when Poland was occupied by Nazi Germany was not the only time Medyka Station was a victim of War. The following 3 photos show damage to the Station, during the conflict between Russian and Austrian-Hungarian forces, before Poland regained her independence in 1918. It appears that the Station suffered a direct hit from a shell. 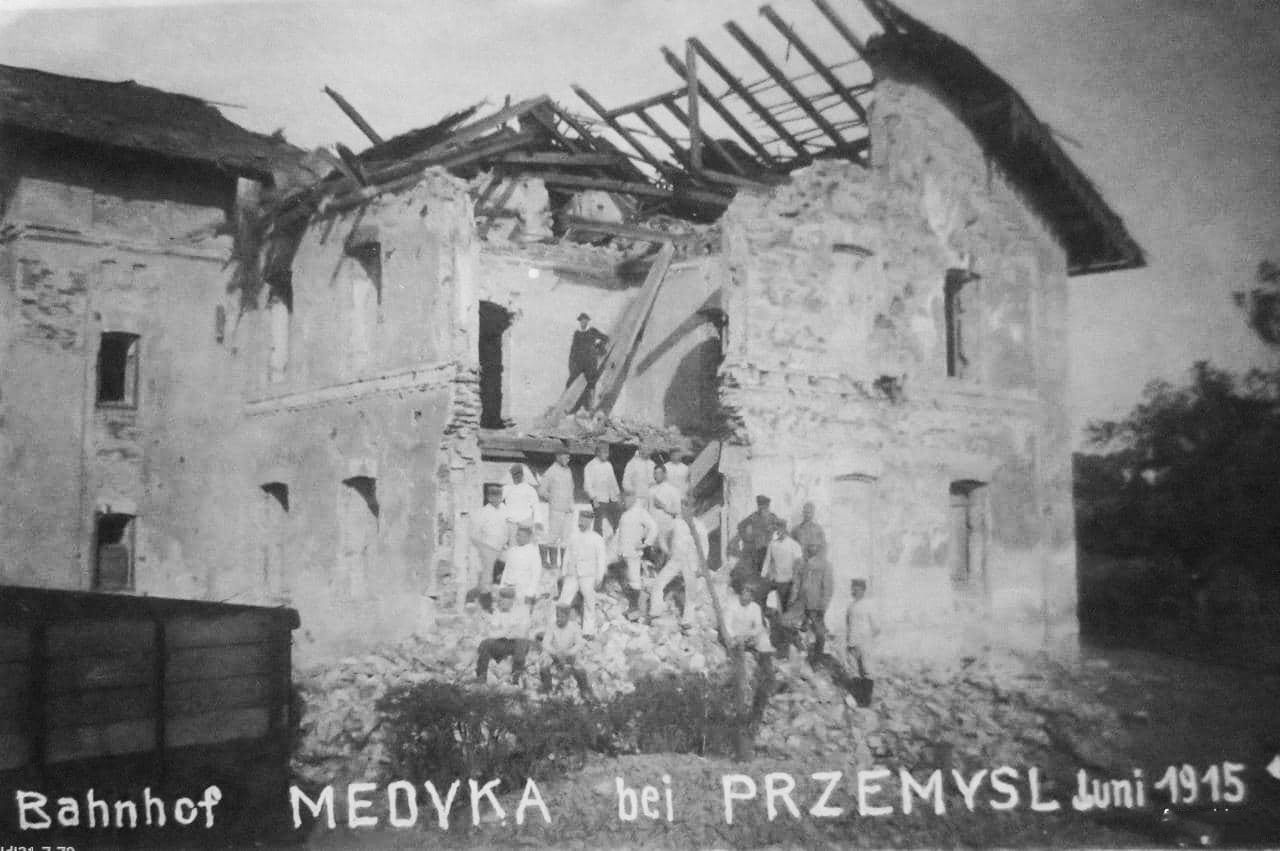 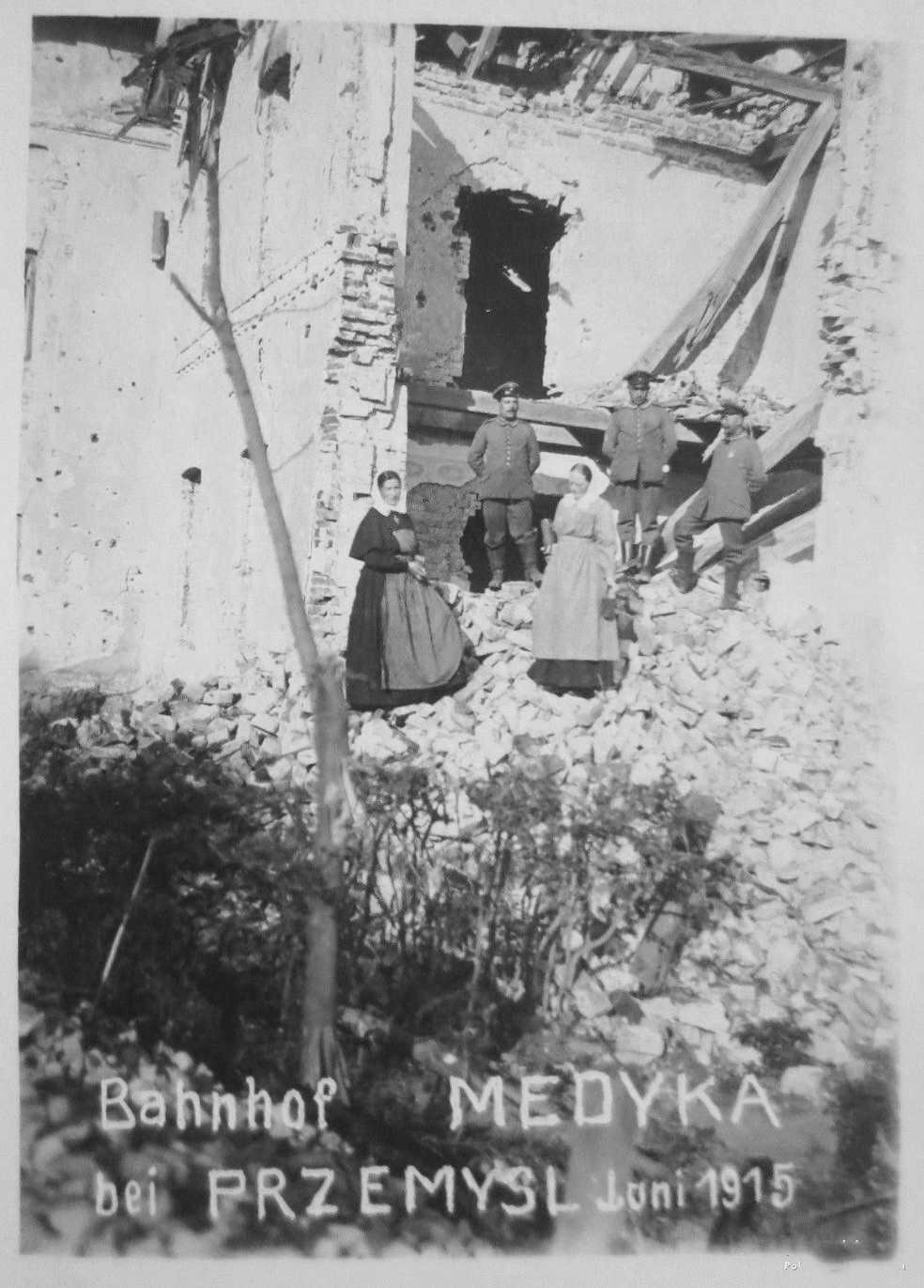 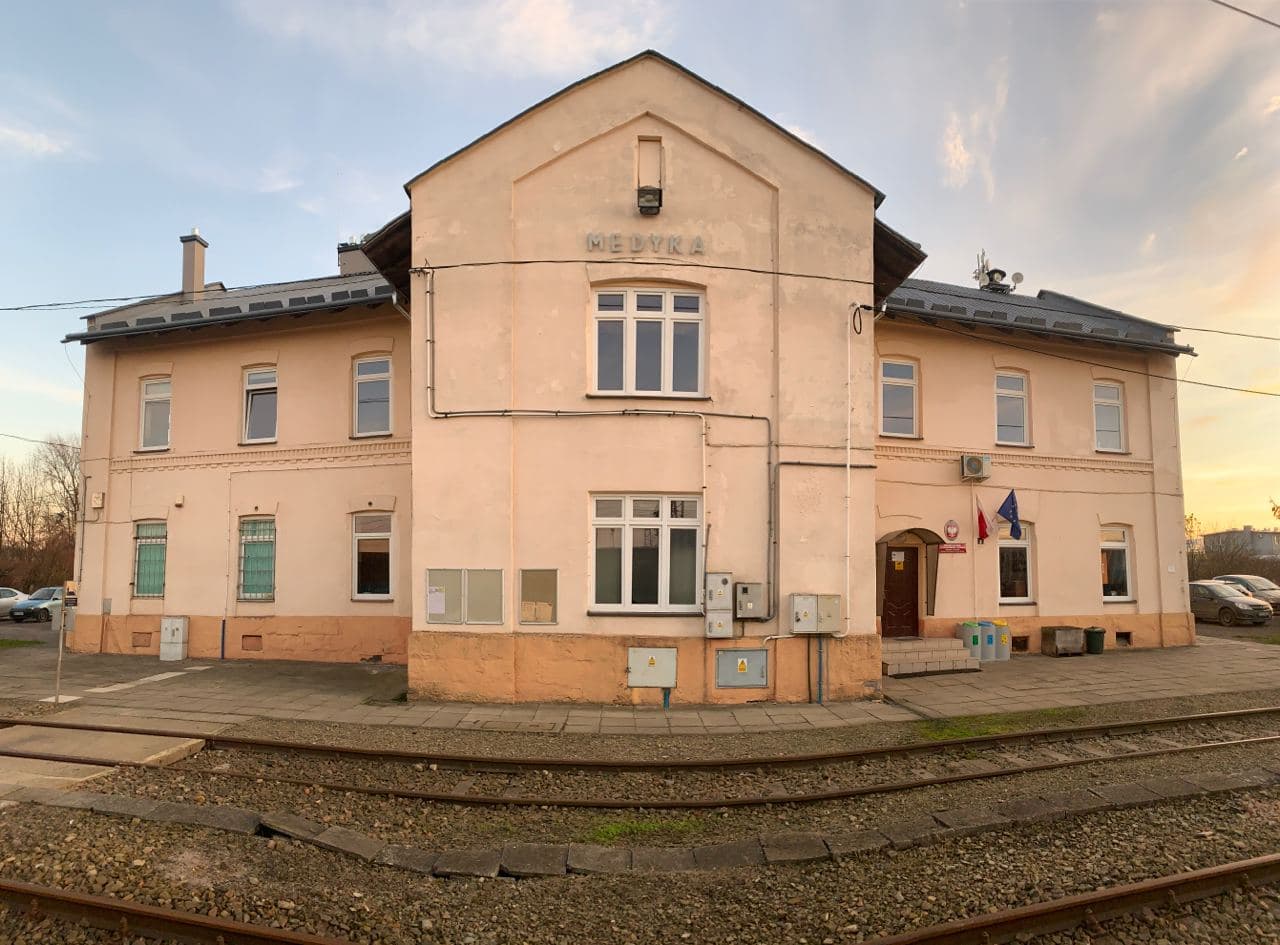 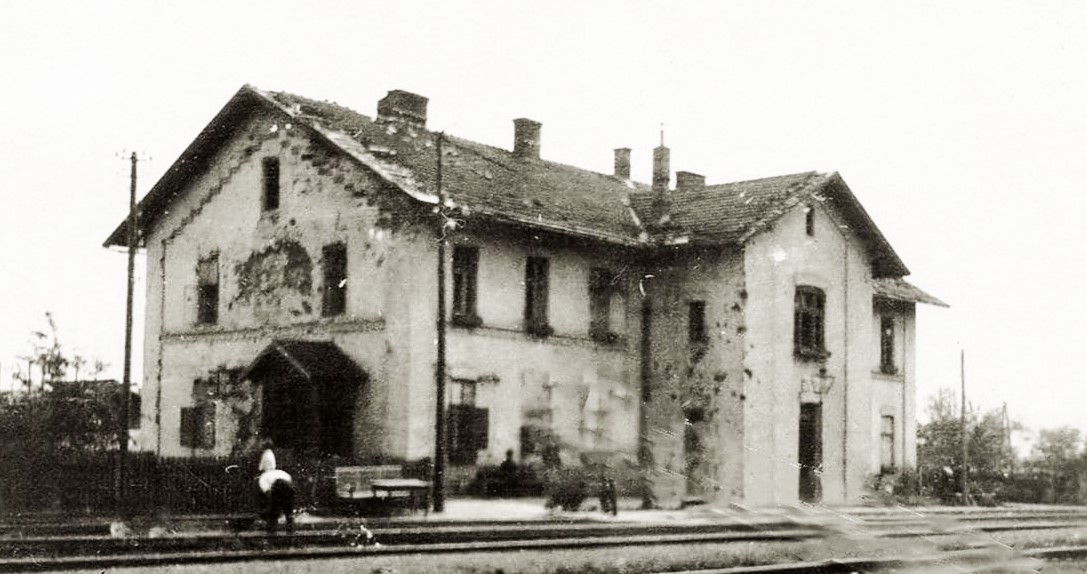 The Station building shows shell and machine gun damage, what possibly was sustained during Operation Barbarossa that was the German Invasion of Russia that started on the 22nd June 1941 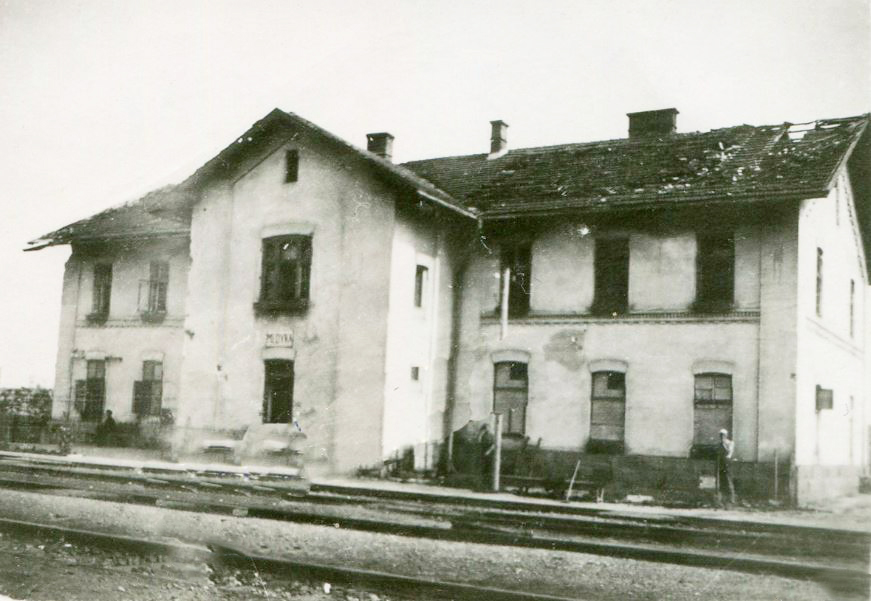 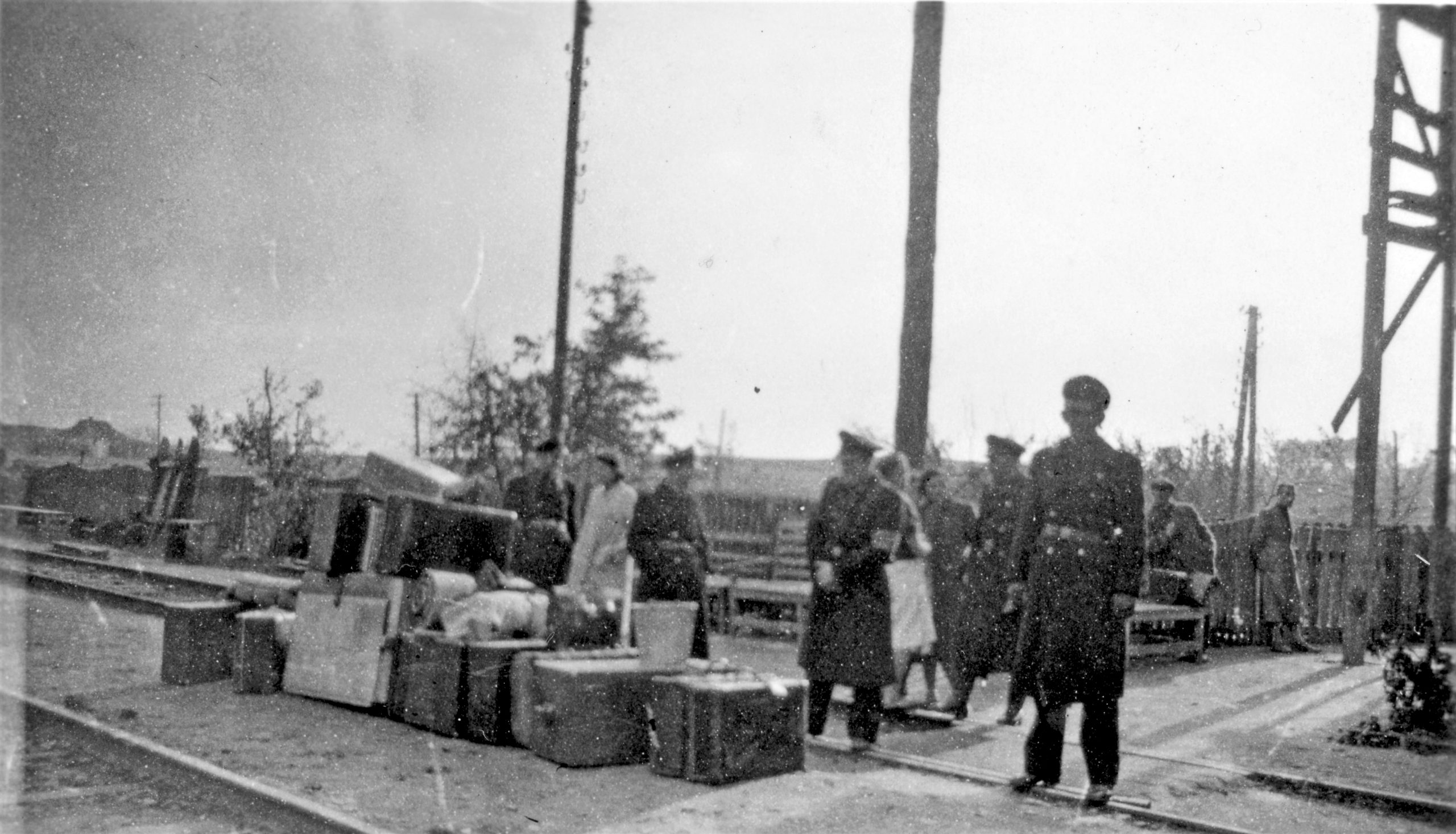 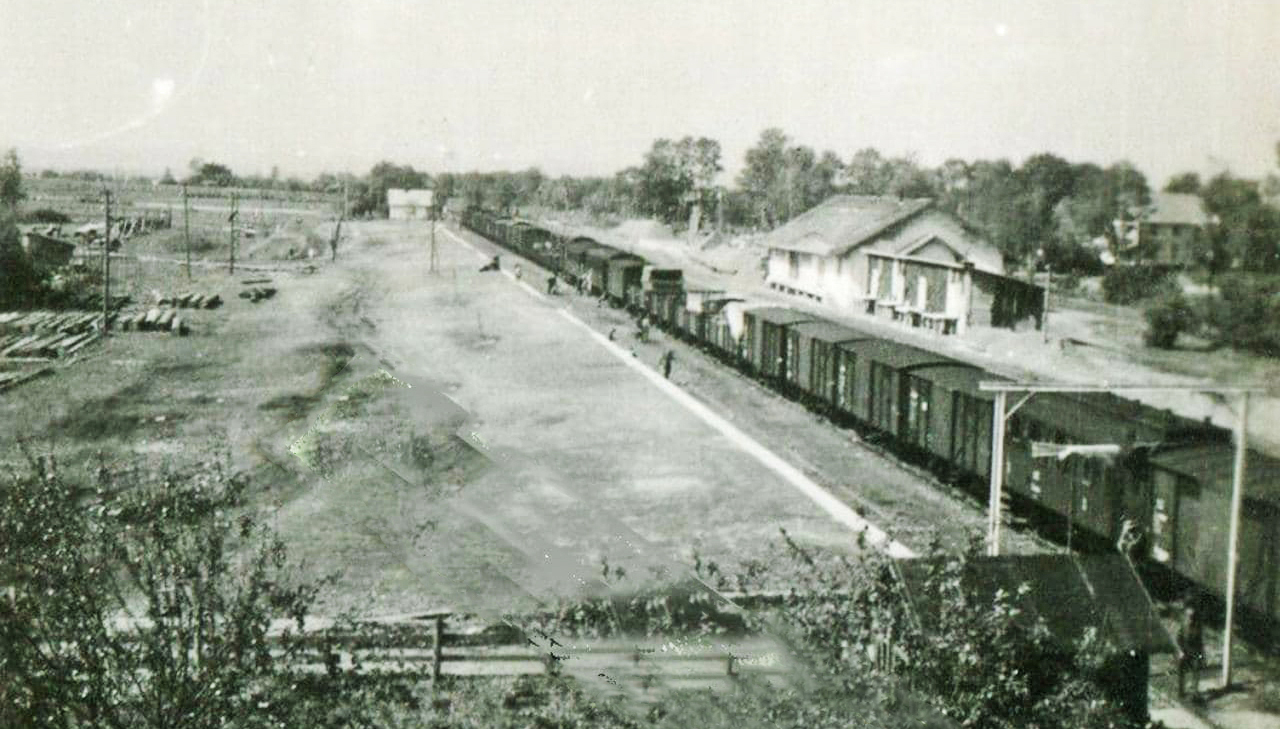 A mixed train at Medyka station in September 1941 possibly from Lemberg. One of the coaches appears to be that of the Deutsche Reichsbahn. 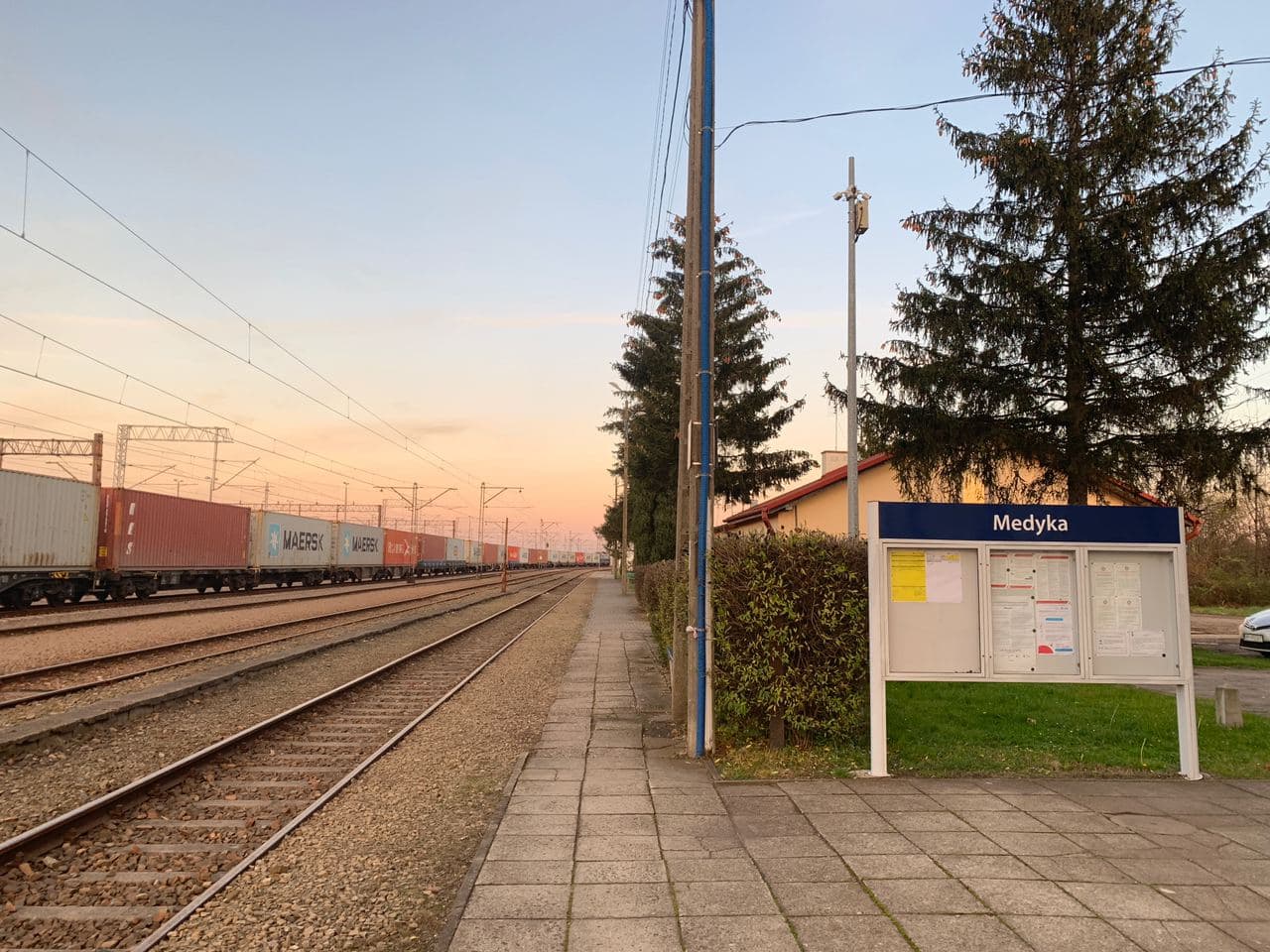 The same platform in November 2020 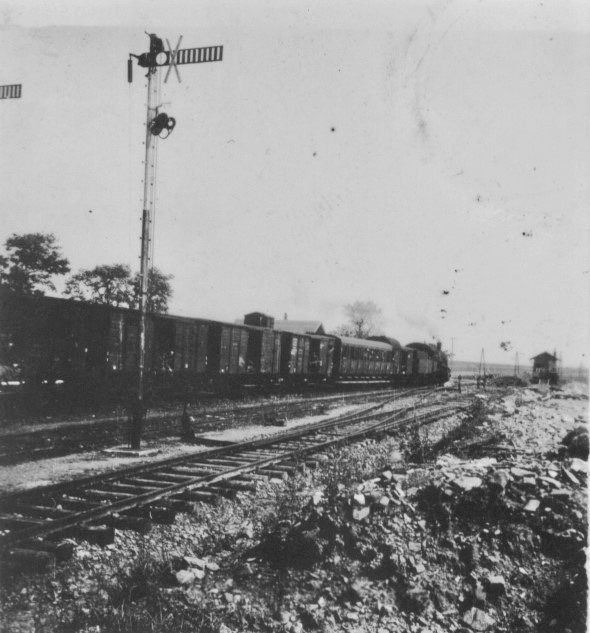 A Train in Medyka Station that has arrived from the direction of Lwow (Lemberg in German) It appears that the wagons are being used by troops with coaches for the Officers. The signal is also of note, as the X on it shows it is not in use. Note the signal box in the distance that has long since gone. Medyka at this time had two signal boxes. The photo was taken in September 1941 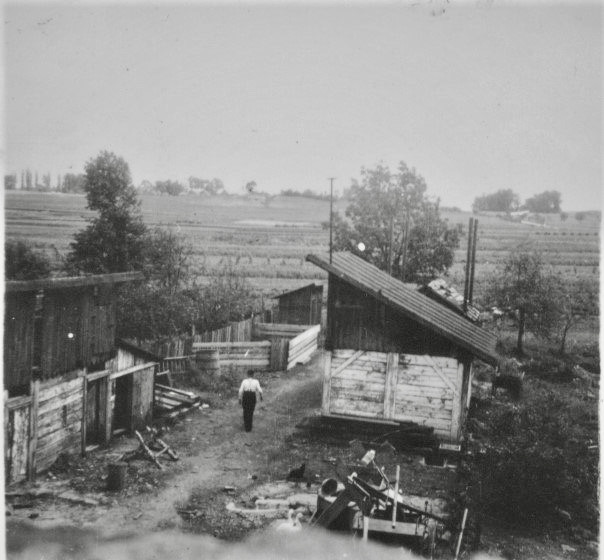 A view from the rear of the station.The fields In the distance are now Ukraine. 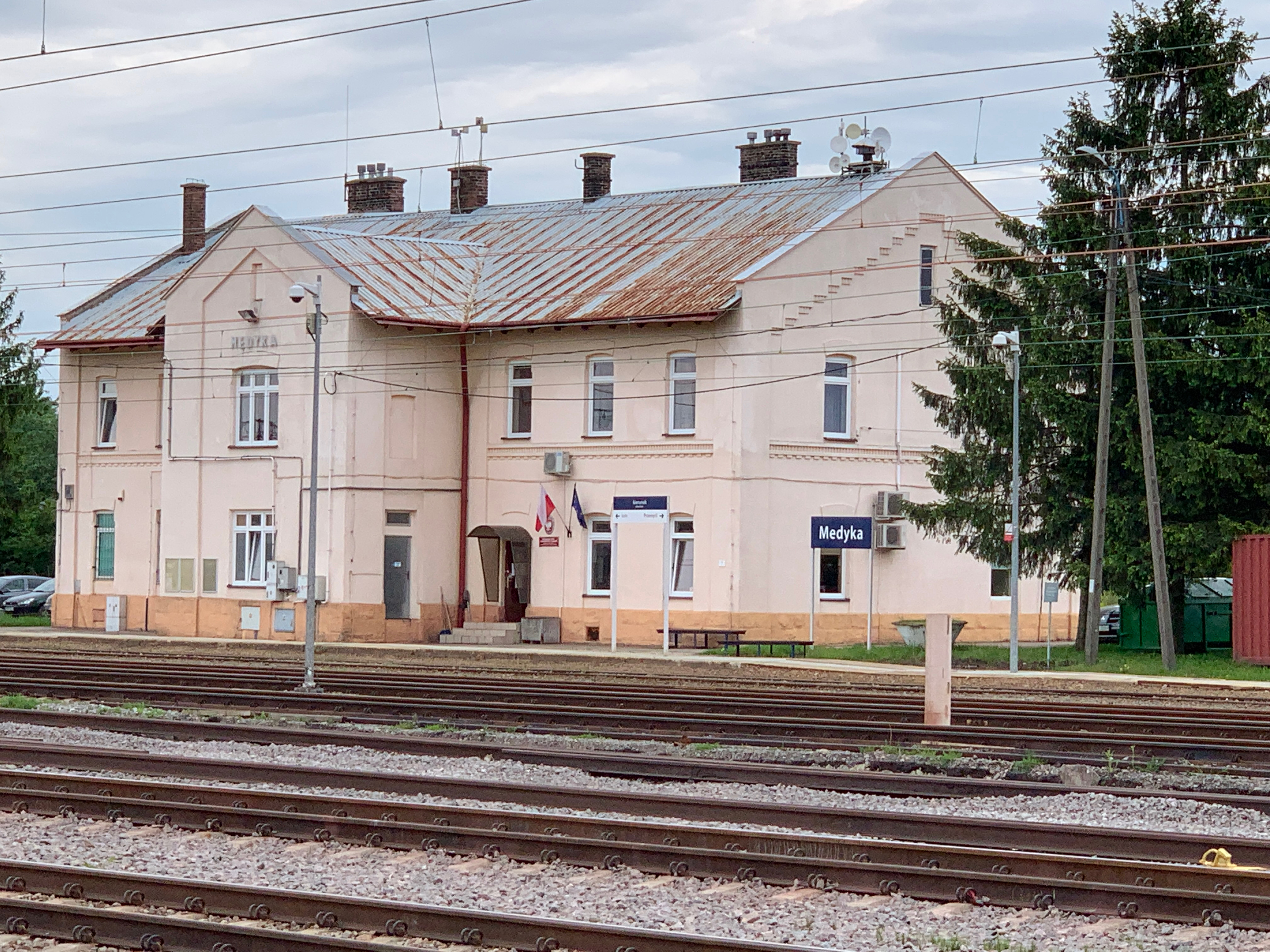 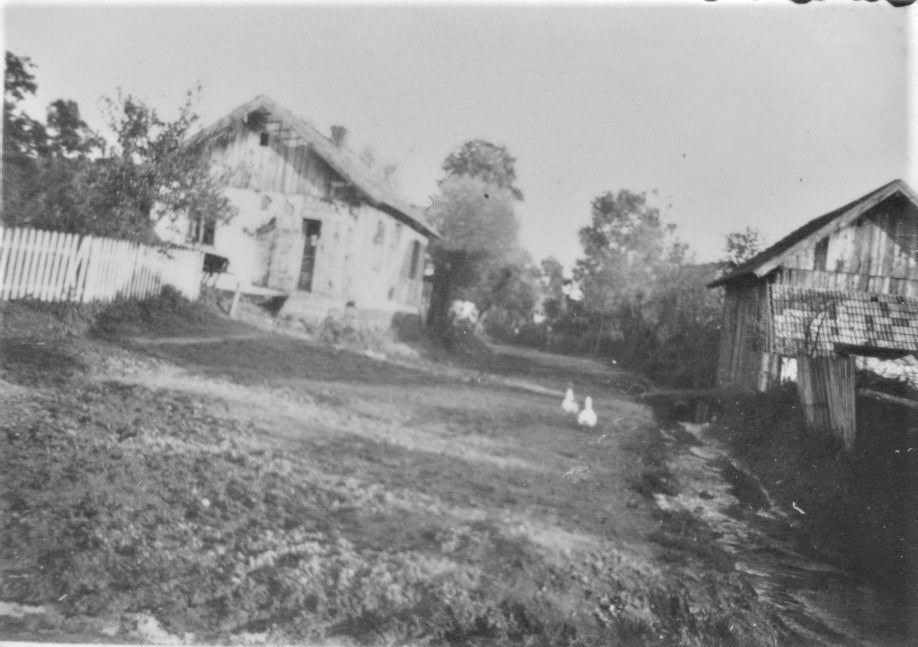 A typical house in the beautiful village of Medyka. Houses like this still exist today, including mine, which has been modenised and extended. This photo was taken in September 1941, during the German occupation of Poland.

Please contact us if you have any photographs of Medyka you would like to see published here. I am also willing to purchase any photos or negatives. I am particularly

Interested in any photos of trains in the station, as well as any track plans