We have recently acquired several photographs of Medyka station from 1941 during the German occupation of Poland.These have now been published.(just click on the link in the top bar) Medyka rail border is still open for goods traffic to and from Ukraine and it is hoped that passenger services will soon resume. 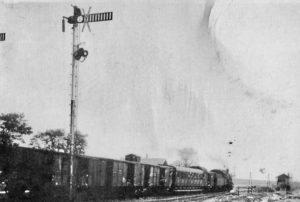 A train at Medyka in August 1941. The Train has arrived from the direction of Lwow. This and other photos will be published here soon 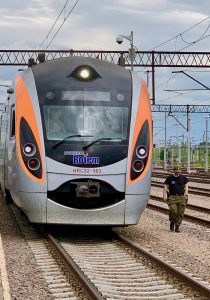 Rotem unit 003 arrives at Medyka escorted by a Polish border guard on the 27/05/19.The. Kyiv-Przemyśl service arrived and departed Medyka due to engineering works, during that week. Passengers were transported between Medyka and Przemyśl by bus. 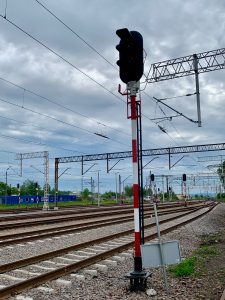 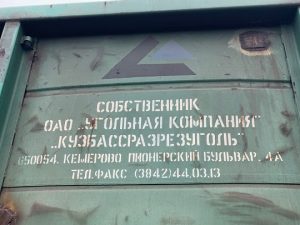 A coal wagon owned by OJSC "Kuzbassrazrezugol Coal company" recently seen at Medyka, all the way from Kemerevo in Western Siberia 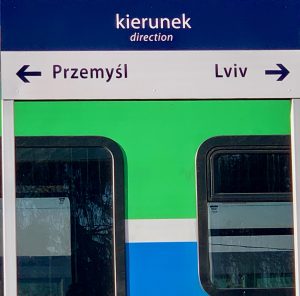 As is common practice on Polish Stations direction of travel boards are displayed, this is the one at Medyka in front of a local service waiting to depart for Rzeszów 04.03.19. 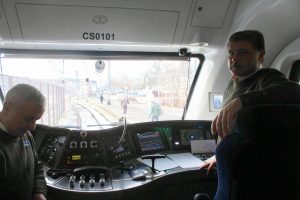 A cab view of a HRCS2 number CS0101 a Hyundai Rotem a dual-voltage electric multiple unit built by Hyundai Rotem. Photo taken at Przemyśl on the 23rd December 2016 which was the first day of service between Przemyśl and Kiev. This is one of ten HRCS2's in service with Ukrainian Railways.The units entered service in 2012. The train sets are made up of 9 cars with a capacity of 1,162 in mixed First and Second class. Max speed is 176 km/h. A catering car is also included in the set. 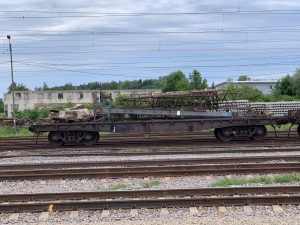 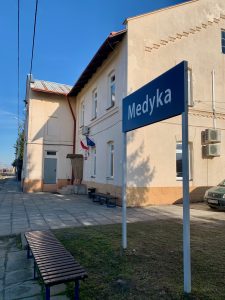